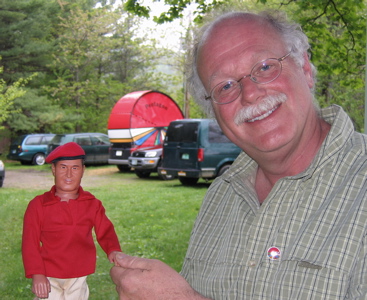 The purpose of Pres. Chavez’ visit was to attempt to reach a detente with US President George Bush. After the US government dropped military arms sales to the upstart, oil-rich country, Chavez apologized for calling the US president “Mr. Danger, dumb-ass, donkey, evil, and drunk.” 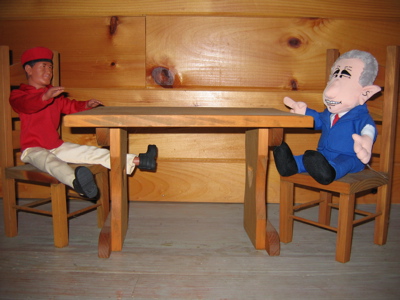 Mr. Bush did not accept the apology, causing Mr. Chavez to kick him to the curb while yelling “You’re a Mr. Stuffed Doll too!” 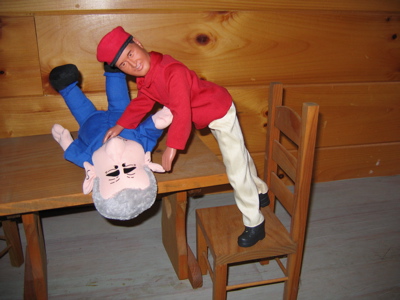 After Mr. Bush’s hasty retreat back to his Texas ranch, Mr. Chavez stayed at the Sensible Priorities compound and listened to Mr. Cohen’s 6-year plan for their Priorities New Hampshire campaign. Stickers on the map reflect educational vehicles, media advertising, and pen distribution. Chavez remarked, “This man could sell a pie chart to an Eskimo!” 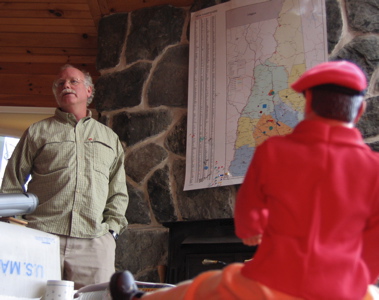 After Mr. Cohen’s inspirational speech, Mr. Chavez wholeheartedly endorsed the Priorities Campaign, grabbed several thousand window-shade pens to give out on his world tour, and devoured 53% of the apple pie that just came out of the oven. Here, the President poses with the back of the pie box during his rousing speech. 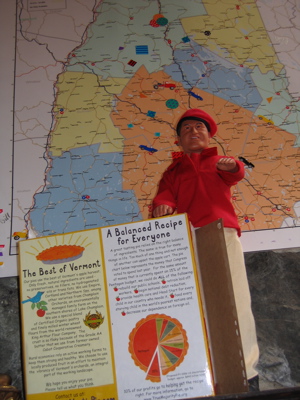 Venezuelan President Hugo Chavez enjoys fresh, Vermont air during a break from the conference he attended. “Mud, cows, and maple trees; these are the three ingredients that can bring Bolivarian politics to this country.” 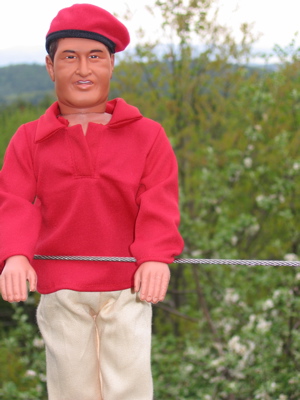 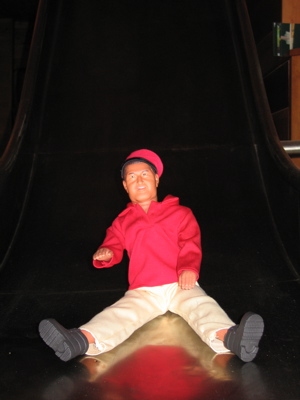 Below, Pres. Chavez attempts to knock $60 billion out of the US Pentagon’s Budget. “Unwanted nuclear warheads, weapons that don’t work? You better believe that I’ll ring that budget’s bell!” Afterwards, the president was overheard asking an aide if he could get his own HiStriker and bring it to Libya with him. 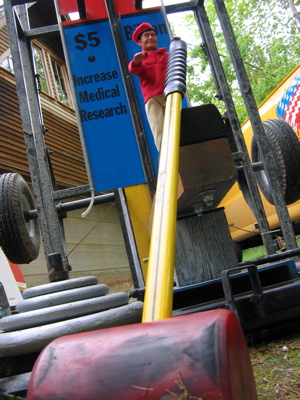 While still in Burlington, Sensible Priorities hosted Mr. Chavez in a dinner of local cheese, veggies, and meats at Smokejack’s on Church Street. He and some of the younger members of the group then went to Radio Bean to sample local beers and fresh honky tonk music. After meeting former Phish member Mike Gordon, who played bass that night, President Chavez stated “that’s the best Johnny Cash cover I’ve ever heard” and proceeded to give coupons away for free tanks of gas, available at local CITGO locations.