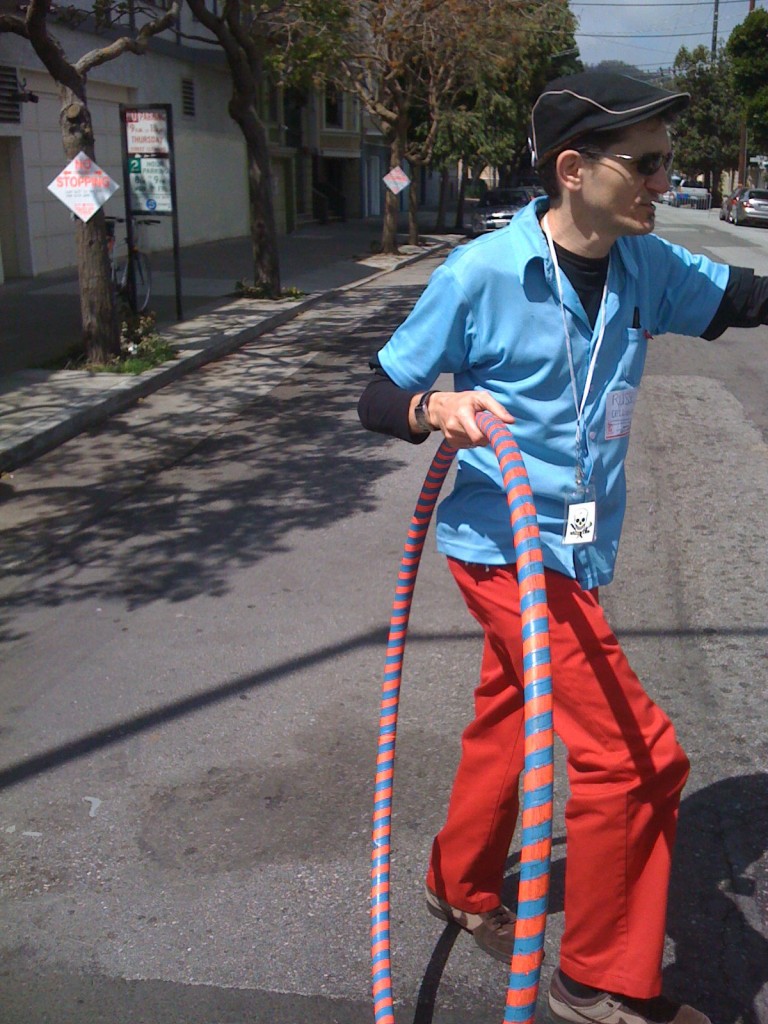 Sunday Streets was a great time on 19th and Valencia. I barely saw any other part of the event, but managed to hula hoop more than ever in my life. Got the hang of it and then started another trick. Will have to work on it next time. Bay Area Hoopers really filled out CELL’s area. We had maybe 15 hoopers at the most, many of them children who couldn’t resist trying it out. I didn’t realize that BAH has been spending wet season at CELLspace for 8 years now! Laura baked cookies and lemon squares for Sat. night’s Funkathon, so we had the extras to hand out and try to sell. I tried to get a Funky Puppet Supper reunion together for the day, but it just didn’t happen. The most committed alum, Nate Holguin, had to work an emergency shift at the Brava Theater. A few others alums stopped by to say hey and hang out. 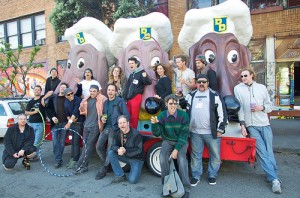 After running an errand, I finally made it over to CELLspace for the birthday bbq. Dave X had several grills going, and Antonio and some of the hoopers had beaten me there. Nate was there, so I was glad to get to catch up with him after a long time of no seeing. Ben Smith, an early co-founder of CELLspace, stopped by as did several folks who saw the bbq advertised online. Soft, a former caretaker, just happened to be biking by, so he stopped for a burger and some hanging out.

Photographer Steve Rhodes showed up too. When Dave saw his camera, he asked if Steve could take a group photo by the Doggie Diner Heads. And he did. You can see them all here, along with some other photographs of the murals and Jeremy Novy’s latest additions. Right before I left for my 7pm appointment, CELL’s birthday cake was cut and being consumed. For some of the group shots, we sang “happy birthday” to CELL and then gave a hearty pirate “arrrrgh!” If you care to know, back in the CELLspace days of collective meetings, we approved all passed agenda items with a loud “arrrgh!”Â  Makes sense that the crowd at the bbq was more into the scream than the banal birthday song.

CELL:15 ended a great success. We got some press, made a little money, created a whole lot of community, and shared some good times with new and old friends. Like I said on FaceBook… “now we return to the regular program.”