Happy Friday from a wet and windy Melbourne, Australia. The Stencil Festival begins tonight up in Yarra (the township right above Melbourne, which everyone, including the freeway signs, call the City), and I am on the list to attend. Had I not been, forking over $20 to get in would be a bit steep. But I get to drink my free beer, get my raffle ticket, and hang out with new friends. But I’m getting ahead of myself…. 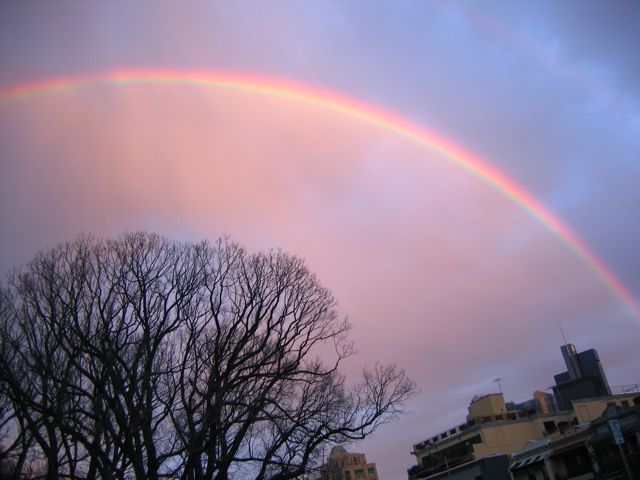 Wednesday morning, I woke in my hostel room after a good night of no snoring. I had met the woman running the hostel the night before and mentioned her chickens. She said she’d give me two eggs in the morning to cook up, but, no one was up! I made my cereal, packed up, and hit the road around 9 AM. I stopped by a third rock art site that the ranger had suggested visiting, and did not find stencils. Still, it was a good way to leave the woods and head back to Melbourne.

The drive back to the City was much shorter this time around. The car company had given me a thick book of maps to use, so I sat down with it before I left and wrote out the route and the pages of maps that I needed. Had no problems until I drove into City Centre to return the car and had problems finding the place. The map helped but still left me confused. Got back to Blender in one piece, said how-do to Regan and Doyle and then unpacked and repacked all my gear.

My first stop was back at Hosier Lane to meet up with Amac from the City Lights Project. He was glad to know that I’d traveled into the bush to find rock stencils, so Amac and I geeked on stencil history, psychology, and other aspects of street art and graffiti. He gave me a great history of Melbourne’s scene and shared his version of what went on.

Stencils have been on the streets of Melbourne since the 1990s. Psalm gets credit for being an early pioneer. At some point, around 2000, stencils became immensely popular as a tool for getting up on walls. Empty shows began happening, put together by Tom Civil and other folks. These artists would go into derelict spaces and put up a show amidst the ruins. Word of mouth told people to meet up at a place, and then the group would go to the show.

By 2002, stencils were all over Melbourne, and folks like the Everfresh crew were buffing walls that were soon covered in mostly black stencil art. One wall also had a sticker and ‘zine trading nook where artists left wares for other artists to pick up and keep/use. Stencil Revolution went live in 2002, shortly after Stencil Archive did, and the crews and artists in Melbourne got together online and blew that site up into a huge collection and community of artists.

Amac had been running the City Lights Project in Hosier Lane with another artist named Richie BB (my neighbor here at Blender) so became a de facto curator of the lane outside his gallery. Good or bad, he had tried to keep it real, and now Hosier is a tourist destination and world famous. The Melbourne Council got wind of the street art movement and fell into a murky zone of loving street art but hating traditional graffiti. They sought to promote street art and stencils while continuing to crack down on folks that spray paint the New York style graff.

So the graff writers naturally began to hate on the street art scene. Nothing super violent from what I can tell, but definitely battles went down on the streets. Things peaked for stencil art in 2004 and then began to wane after that. Many of the artists who were into stencils began to use other media and methods to get up on the streets. By 2006 the stencil boom had played out, except for internationals and newbies who came to Melbourne to get up on a famous wall.

While the art scene moved on and back to traditional graff styles, the mainstream has fallen in love with the street art movement. Amac says that he sees tourists everyday in Hosier Lane, and that the Stencil Festival will draw thousands of stencil fans through its doors. Peat was painting stencils with Everfresh (who mostly paint graff now) the other day and two Victoria police walked up. “We love stencils!” they told him, and even posed for a photo beside Peat’s stencils.

After that great visit with Amac, I biked back north to the Abbotsford hood to finally meet JD and check out the Stencil Fest location. When I checked email earlier, I’d gotten a cryptic message from A1one, presumably in Iran, saying that “hi / respects man / hoping to see you and take my signed book.” When I arrived to the Stencil Fest location, JD introduced me to Stefan from Germany and A1one for Tehran! Damn! It was good to finally meet Iran’s premiere stencil artist. Most of the exhibit hall had been hung: PaperMonster, Koleszar, Larry Cyr, Julie Shiels to name a few, and a person was hanging A1one’s works.

He’d borrowed money from his family to get here and had shipped a huge crate of work over as well. He made his own “fragile” and “this end up” stencils for the crate. No one understands his art in Tehran, he says, and he only has about 12 colors of spray paint to work with (cans can’t be flown in due being pressurized). A1one and I discussed Hafiz and Rumi (he was excited that I read them) and how he puts their poetry in his work. Stefan had a piece up of penguins with ties. Funny stuff.

From there, I went around the corner to Per Square Metre and checked in on Peat. He was doing well and working on the masks for his show. I helped him a little bit, but he had things under control. So I left him and wandered around the Collingwood area looking for a few BANKSY pieces that JD and others had mapped for me at the Festival space. Melbourne has very little street advertising and many many spots covered in random styles of graff and street art!Â  Biking around this city is like being in heaven, if you love wandering down dark lanes full of amazing and crazy artwork.

So I found the BANSKY piece behind the Safeway and had already seen that one. When I went to the other space and tried to photograph the wall in the dark, my batteries finally crapped out. I changed them to the ones I had charged on my Aussie charger and the camera futzed out! Shit, BANKSY broke my camera. Having no camera in heaven seemed like hell to me, and I sure as hell don’t want to buy a new camera at Aussie prices.

I biked back to Franklin Street and bought four regular AA batteries at the 7-11 on the corner. Whew… the camera works. But do my batteries work with the Aussie charger? I don’t want to charge my other set of batteries in that thing and have them get destroyed too.

I head over to a great family-run camera shop and they take my crapped pair of batteries to charge up. Meanwhile, I’m stuck with regular AA batteries and have no idea how long they’ll run in my camera. I bike back up to the Stencil Fest space and have a quick interview with a woman from 3CR (Third Community Radio in Melbourne). John Koleszar from Arizona had just flown in, so we finally got to shake hands after chatting via Stencil Archive over the past few years. The interview went well and I used Chris Carlsson’s “bring every question back to the book you’re selling” technique with the reporter. The show runs Sunday morning.

John and I rolled over to Per Square Metre and met up with Peat. He had the show over half hung so had time for a quick lunch. Back at PSM, I helped him with small things like lining up the art and eyeballing spacing on the wall. PSM has a clothes dryer so I did a load while I helped.

Biked back to Blender to drop off my clothes and pick up my batteries down the street. The store confirmed that the batteries were not holding charges and therefore done. So I put my second set of batteries in the charger with fingers crossed. I finally got time to paint my first stencil in Melbourne, rightfully on the outside wall at Blender. I used my 2000-made hamsa stencil and everyone said that it looked like a Phibs stencil. I’ll take that compliment, thank you very much!

Threw a pile of books in my bag and biked back up to PSM. Rain had just passed through so I rode away from Regan’s space and saw a great, urban rainbow in the sky. For about 10 minutes of my ride, I kept stopping to shoot the rainbow. Very cool to see this here in an amazing city.

Peat’s show was a scene. Several wrestlers and circus performers dressed up and donned masks to liven up the evening. I met Phibs, Psalm, Ghost Patrol, the rest of the Everfresh crew, and many other great people. Alison Young was there, the Stencil Fest artists showed up, and the Blender crew kept things lively. I hovered over my books most of the night, which was right by the free beer, which I drank several.

Then the party moved to the Tote, where I met a skater named Michael. We chatted about bike gangs, skate insanity, zoo bombing, and other fund things while I had a few pots of beer. Reka from Everfresh, and his girl, were hungry, so we finished off a jug (pitcher) of beer and then walked down to Brunswick St. for a killer Middle Eastern wrap. Then, done and played out, I headed back to Blender and crashed.

Slow going this morning. Slept late and didn’t have any cereal for breakfast, so I biked up to the Market and had yogurt with muesli and then an almond croissant. That fueled me up enough to bike over to Everfresh’s studio and meet up with Rone, Peat, and a few others to go on a street art/graffiti tour. Peat had worked on his show all week, so this was his first time out. We were both digging the fact that we were bike tourists in a familiar land with no ads and lots and lots of street art and graffiti to photograph, dig, talk about, and add to!

Rone showed us some killer spots for graff as well as stencils. I had already been to some of the places, and obsessively photographed the others. Peat got up on about three walls. We ended up at the Blender, so I added a flower bike to the outside wall. Off to check out the another lane, and saw Wonderlust and Makatron’s “Vandalism is Fun” piece. Then had a great Japanese lunch.

The tour continued, but I headed back to Blender, made tea, painted a stencil in Marc de Jong’s scrap book, and did a bit of work here in the laptop zombie space….