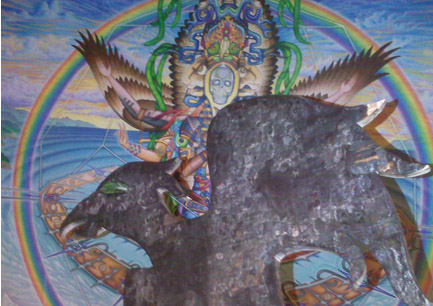 Just happened to be at the same location as the phoenix from the two 2007 Burning Mans this Friday. During last year’s second burn, I noticed that head didn’t burn, and then someone from my camp exclaimed that a friend had taken the bird out of the head. She had it at Decompression, and DPW wanted it, but the artist plans on creating an elaborate temple for the bird this year. It was amazing to touch it and read the DPW messages on the back. The burn scar is from the Eclipse burn. 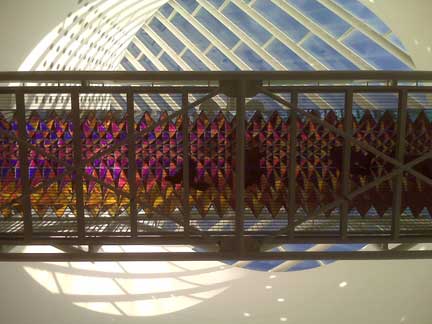 Olafur Eliasson’s Glass Walkway at SFMOMA, Looking Up from the Stairwell Below 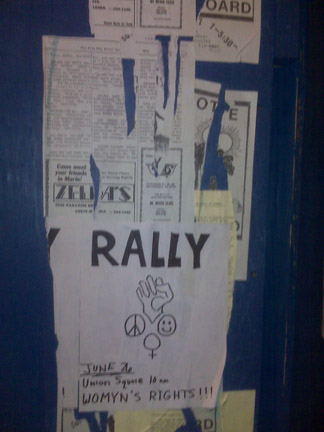 Fake wheatpaste posters on a fake wall for the Milk film shoot. Last time I walked down Castro St. they were gone. 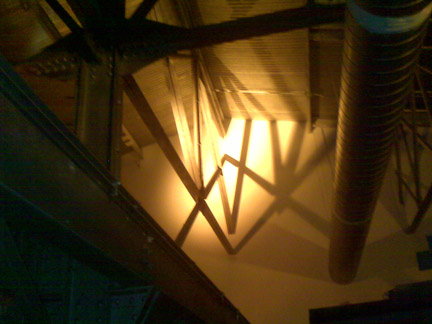 Shot this on the bridge looking at the back wall. Guess Dave X or Victor put the light up there for dramatic effect. 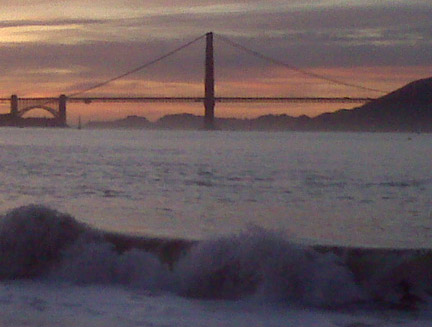 Sunset over the Pacific, as seen from the Wave Organ. Kinda grainy, guess because of the failing light.