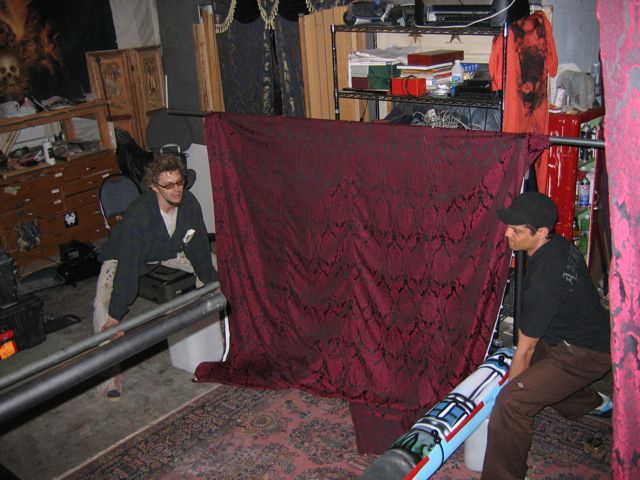 Sorry about the war reference, but I called the raising of my Priorities Campaign’s high striker the “Iwo Jima” moment to concerned onlookers (imagine raising a 22 foot game alone while strangers think it’ll crash and maim). Here goes the Big Tadoo’s crankie Iwo Jima raising. The curtain isn’t tied up because it is about to be strung (see below). 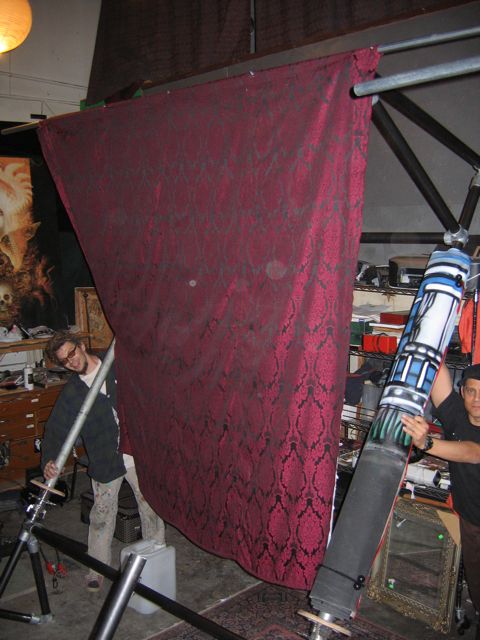 Up she goes! All steel, canvas, and other various bits of materials. Notice the “awning” pieces that the curtain hangs off of. That is the piece that wasn’t on in the low-ceiling studio from last week’s post. 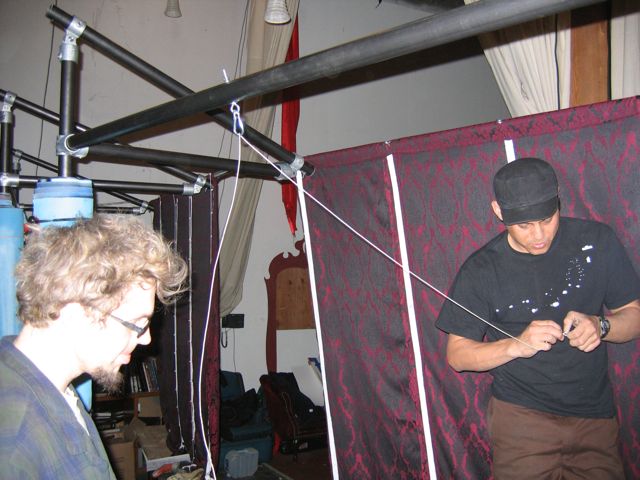 Jason and Jonathan begin to string the new curtain. The awning pieces, and the bolted on curtain were done right before the device went up. I think Jason is standing on the scaffold plank that’s also the puppet stage (good design detail, Jonathan!). 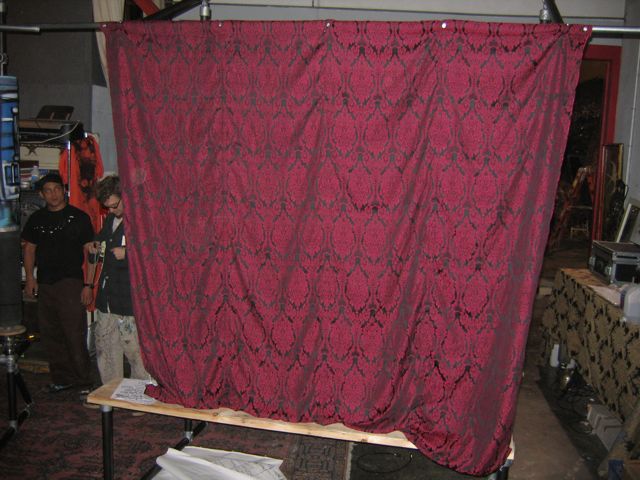 Tah dah! The complete Big Tadoo crankie. I got to see the scrolls work with the crank on the other crankie before we struck it and moved it to this larger part of the Xian space. The scrolls were not set during this production shift. I need to see the show in an auditorium or gym to get a full set of great photos. These’ll do for now.