Every year, Last Gasp, a fine distributor of comix, graphic novels, and a bit of everything else, throws a benefit party for another amazing Mission District institution, Martin de Porres. For one night only, long-time cultural facilitator Ron Turner (the man behind Last Gasp) opens up his whole warehouse for those in-the-know to drop some funds for the food kitchen, eat some free burritos, drink some free beer, and walk around all the crazy items that Last Gasp has collected over the years.

Though Jello Biafra, SF Guardian’s Bruce Brugmann, Warren Hinkle, Chuck Sperry, V. Vale, $teve Ra$pa, and others that I do not know by face walked the floors, I chose to shoot the items on the walls and shelves for fun.

Thanks to Al at Al’s Comics for having the “invitation only” invite and getting me in. 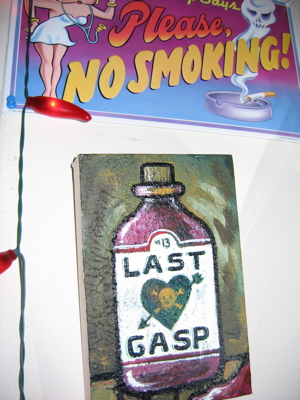 Hmm. The nicotine smokers were outside at the back entrance. Wonder where all that purple smoke came from???

An amazing poster dating to the early 20th century. Who knew that the magician could conjure cute demons. 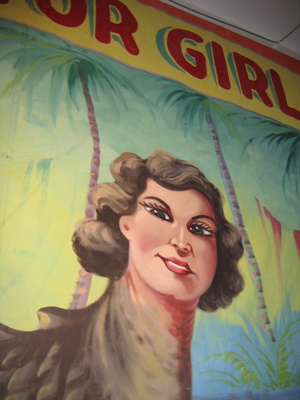 Many circus canvases, probably from the mid-1900s, were draped on the walls this year. Back in the room behind the jail door, Ron Turner has about a dozen freak show pieces hanging in a row. This one, hanging on a wall with about five others, is for the Amazing Alligator Girl. 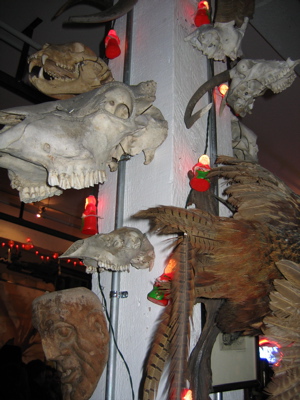 As Laura and I took a seat in the room behind the jail door, I looked up and saw all these skulls and such hanging on the beam. 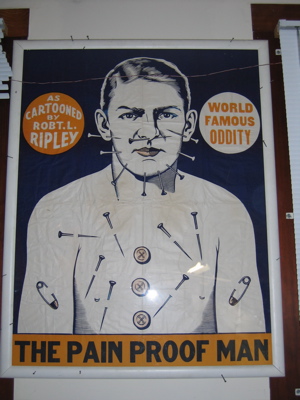 A poster illustrated by Robert L. Ripley himself! 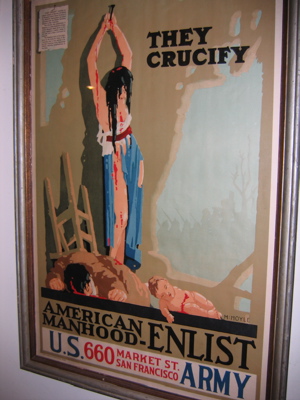 And you thought 21st century propaganda was intense. This WWI piece comes complete with Weimar-slaughtered baby.