I have many plates spinning at the moment, so, this morning when a Wheel-of-Fortune player asked me if Sensible Iowans supported the politician that was speaking behind me, I forgot that I’m in the middle of a “historic election.” I had no idea who the candidate was at the podium behind me. I don’t even know if Iowa is a Red or Blue state. Blue is Democrat, right?

Since my job ends on election day, I’m trying to plan my return to VT, my hopeful trip to NYC, and my coming flight back home. I’m also busy promoting Ben Cohen’s Take It Back College Tour next week (two days before the election), I have had little time to put the election thing together, and being on the road has distracted me from the names, polls, close races, etc. Actually, I have been keeping up a little bit on the radio, and enjoying all the stenciled yard signs. I just now started poking around San Francisco and California politics, but I have become an official jaded voter.

Yesterday, at Simpson College, I had the rare opportunity to speak with a Democrat and her Republican friend. They were good sports at the games, in the freezing weather, so I jumped at the chance to push a button. I mentioned my belief that the two-party system is a failure, and that parliamentary system would work better for the USA; they bought it. Then I mentioned clean elections, where politicians forego corporate donations for government funding. They both really liked that idea and walked away discussing it.

So, as pundits call next week’s election one of the most important elections in modern times, a referendum on Iraq, etc., I’m more concerned about what else is happening around the world. Hungarian center right groups rioted this week while a fence goes up on our southern boarder. Below that boarder teachers continue to agitate in the radical enclave of Oaxaca. On another continent, Darfur’s fighting grows worse. Yet another continent has an efficiently-controlled state rattling nuke-tipped sabers. And North Korea’s rattling is causing nationalism to rise again in Japan. And how about the looming civil war in the Gaza Strip?

Fall and winter weather distracts me too. The leaves have been amazing. Watching farmers cut their stalks and plow their brown fields has been fun. Taking bike rides on newly discovered Des Moines one-track trails has rocked. Great urban ecosystems, full of migrating birds, deer, and other critters. The coming cold mornings, with icy windshields and frosty breath, have concerned me. 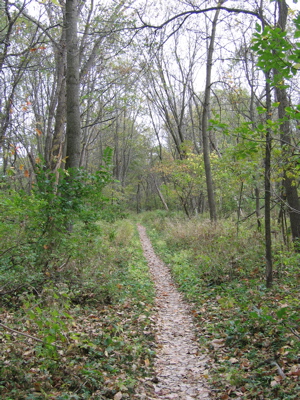 Can’t avoid the US elections. Online, on radio, and on TV, media shoves it in our face. Karl Rove has crawled out of his shell to pump up the Right. I’m starting to hear and read his sound-bites about how the Republicans will win on security and tax cuts. Security and tax cuts. SECURITY AND FUCKING TAX CUTS!

The vibe I have picked up at the games has been one of frustration all around. I have set up the Wheel at two viewings of Iraq for Sale. I have also given a short talk after both viewings. Both times, the organizer said that only a few were signed up, and around 50 have showed up both times. Attendees are normal folks, and their anger rises towards the end of the DVD. Towards the end, salt-of-the-earth truck drivers talk about Halliburton and it’s sinful, Un-American ways.

The talk I give is brief. Over my stay in Iowa, I have picked up appalling statistics. You may know them:

YOU SHOULD BE ANGRY!

Again, like a skipping record, elections come along, with both sides still sucking the corporate cash cow. Why keep up with a broken system when you can freely call for the destruction of it. Why feel that your vote makes a difference when the hole in the ozone is now the size of North America?

Swinging to a Democratic government might look like a win, but they still work within the fourth wing of government. They still have lobbyists knocking as soon as Nov. 4 rolls around. Once again, the left wheel of the machine gets greased and starts to turn.

I’m sick of it. People are sick of it. Those that hold on to the two-party future are sick of it, but they don’t see the big picture. Instead of using up all their energy working to win an election they should work for real change outside the current system.

When Bush first got “elected,” I voted for Nader. I knew California would swing to Gore, but I had also heard Nader speak. He gave amazing stats about how business gets done in Washington, DC. And the Dems are just as guilty as the GOP in maintaining the corporate status quo. I defended my vote by telling folks that I felt that our government would go to hell during his term. Then 911 happened, and our dysfunctional vision of the “American Dream” burst. And most of us still coast on the residue of that world.

I look forward, seeing another way of fixing things. One where we embrace the true rights of humanity. One where we all eat together and bring our issues to the table. You and me.

For the next week, as election fever winds up tight, I’ll be packing to leave, wrapping up things here in Iowa, and figuring out a way home to San Francisco. I’ll also continue to be distracted by things that matter to me: changing seasons, friends, books, music, writing, the World Series, and being a Carny Guy for 10 more days.