These excerpts are from a letter/journal I kept on the recent Oregon trip. I wrote this letter for my best friends Todd and Mark

I’ve been waiting for this trip for months now. Haven’t been on the road outside of the Bay Area for a long while. Rent was too high, I was too poor, and my life fell apart. But you and Mark know best what that urge to move feels like. Headed to a festival makes this trip even more enjoyable. Getting there via a veggie-fueled bus and performing acts just like icing. Guess I don’t have to mention mountains, clean air, and trees…. Dunsmuir, CA 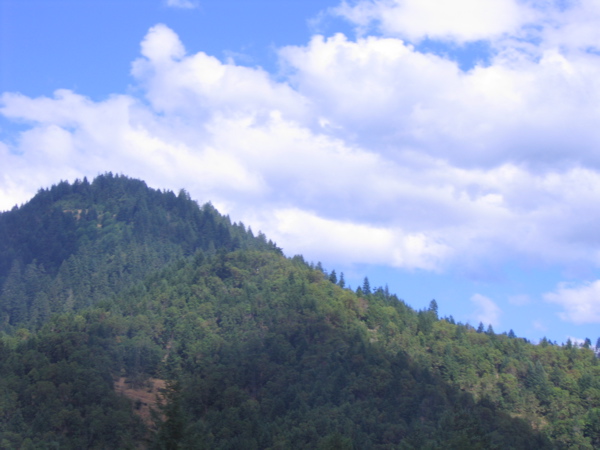 Jonathan and the universe gave me a gift a few hours ago. A buttefly hit the windshield back down on Grant’s Pass. [While taking a break at a rest stop, I wanted] to take the butterfly wings off of the windshield to put on my altar. About to pluck its wings, I saw that it was alive! It’s abdomen was smushed pretty bad. I peeled it off and put it on a piece of moss I had just picked up. It wasn’t flapping its wings, so I knew that its life i this reality was over. But it refused to die, twitching legs for most of our stopover. It eventually died, but I couldn’t bare to take its wings.

So the universe gave me a gift: beauty dieing. Nature’s infinite circle of renewal. Once again, death came to me in a pure form, and allowed me to test the waters of grief. The death of the butterfly sent a direct metaphor to my center of being. Quines Creek, OR 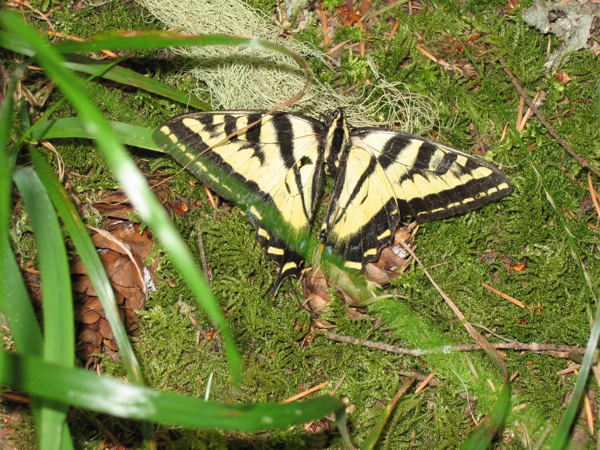 Magic does happen in the world. We drove into the Oregon Country Fair (OCF) with no nighttime/employee wristbands and no parking stickers. 24 hours later, we had 5 wristbands, one extra and two of them gifted to us for free, and two parking passes. I feel that the OCF is a special place for me to be at the right moment.

Walking through the OCF is like being in a faire land theme park. Booths, gates, and artwork line trails and fill meadows. Raw lumber and branches hide alot of the architecture and gates blend in to the forest. This lifestyle is vibrant, creative, and all-ages. The OCF celebrates its elders and many families are present. Day one of the OCF 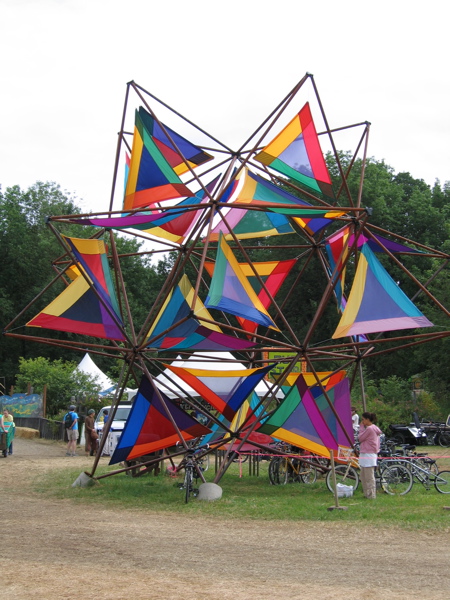 Tired tonight after ding six shows today and staying up most of the night last night. I spent most of the night in a solemn mood. At one point an Iranian musician showed up to the place where I was hanging out at and began to drum and sing traditional Middle Eastern music. I began to think about the tribe of Ishmael and the wandering lifestyle of the Roma. My inner fears began to open up, and I realized that I was a bastard who had never seen my mother. I am the landless people, I thought, the child of Abraham cast out into the dessert. My current life changes had even made me tribless. I felt like the lonely wandering monk once again.

I left the sweet music and walked into the craziness of the Saturday night fair. At one point, I came across a tree that had an altar under it. Someone was randomly kneeling in front of it. The tree seemed out-of-time; it had a strange quality to it that nothing else had. I knew the night was over when I walked up to a jug band that had an inbred violin player. Bald, cross-eyed, and drooling, he played his violin held out in front of him. The washboard player was staggering drunk, and the guitar player wasn’t too far behind him. Sunday, July 11

After a week of magic, tests, and travel, the veggie bus crew points its compass south. After a lazy morning on some property (Pica Flores) near a creek by the McKenzie River, we spent most of the day looking for veggie oil and processing it for the drive home. Travel goes slow when you run on veg, and I enjoyed every bit of the work that goes into being a fuel bootlegger. 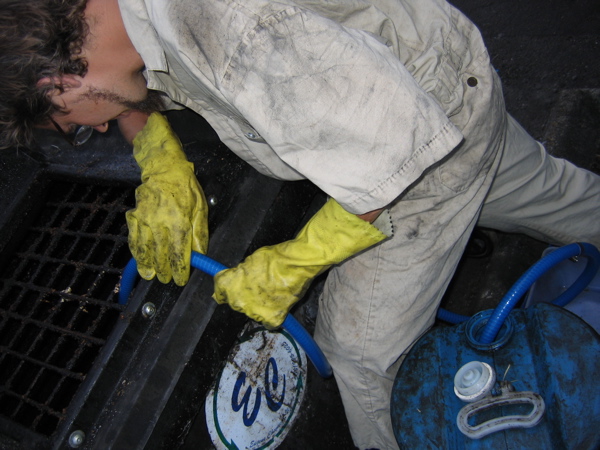 Two nights ago, at Pica Flores, we had a group dinner. The matriarch of the property asked for everyone to introduce themselves. I said something like this: “Hi, I’m Russell. Last weekend was my first Country Fair. This whole trip has been filled with miracles and the fair lived up to its myth from when I lived on the East Coast. I’ve met nothing but kind souls with big hearts, so am humbled by all of your good deeds. I’m currently going through a shadowy life change, and am currently tribeless, so this trip brought much needed medicine into my center of being. I thank you all.” Thursday, July 13 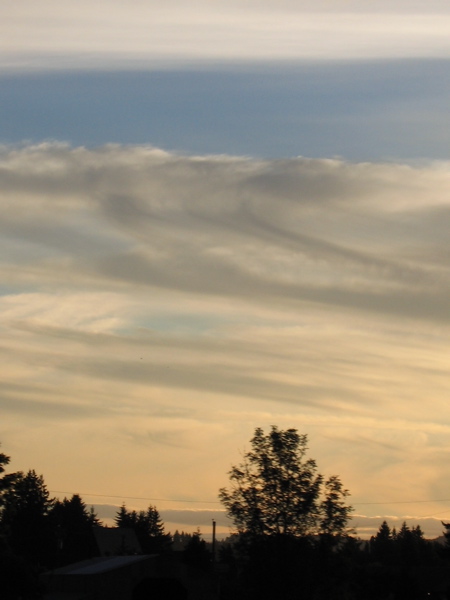