The walls are up for the Stencil Nation book release. For the out-of-towners who won’t be able to see the show, and for those who stopped by earlier in the day to check things out, I’m posting a few photos of the walls at Revolution Cafe. “Lenin in the house!” Al Kizziah and his sharp eye on straight lines saved my ass while setting up the show. I admit the show is DIY, down to the clips, tacks, and holey wall. But I think the walls have a great narrative and that the different art mixed quite nicely. One wall is the DECAY wall in my imagination. There’s sequential images on that wall. The other wall splashes with color and is the Pop Art wall in my imagination. It too tells a story, beginning with the great power box placement. The other wall looked off tonight because the glass doors weren’t folded up in a space we kept open. And we also had to take the piano placement into account for the DECAY wall. Al and I actually got stuck on the DECAY wall, knew where to start with Scott Williams anchoring the other wall. The Pop Art wall worked itself out in under an hours worth of work. I turned around and the DECAY wall finally worked itself out. Al had great input for all the art placement.

Enjoy the photos and see you this weekend! 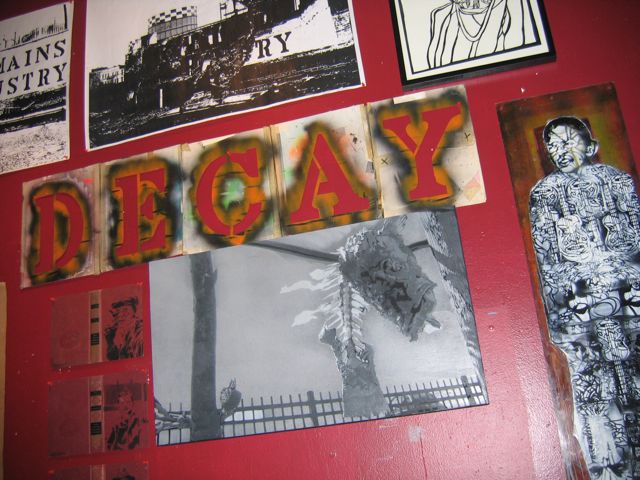 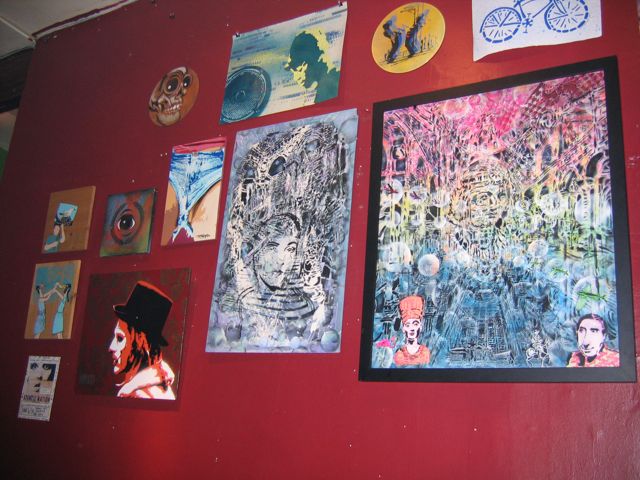