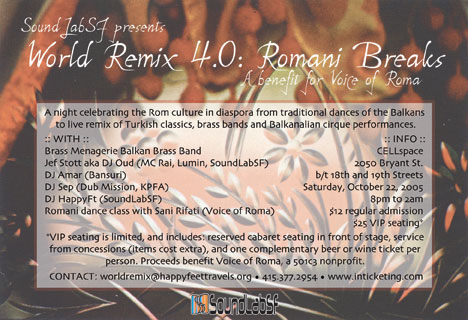 World Remix is a concert series celebrating music traditions from around the world and all the cross-cultural collaborations flourishing in the global community. While respecting the sources of musical traditions, World Remix also wants to recognize the fusion that blends those sources. The event also seeks to bring awareness to the issues facing the peoples in the featured regions. Past World Remix concerts have featured Yair Dalal, Lumin, and the Ali Khan Band and have raised awareness of issues of immigration, national borders, and the struggle between Israel and Palestine.