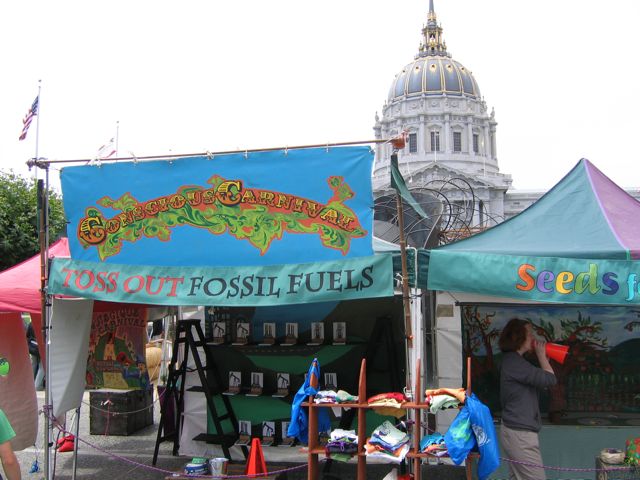 Had a great Saturday in front of San Francisco’s City Hall and Victory Garden. Once we moved the games to face UN Plaza, and all the tour buses that rolled through all day, things kicked in for good, old fashioned, carny fun. The Bike Kitchen showed up for a few hours, just in case someone needed help fixing their bike. Peter Wagner showed up with a slew of his unique whymcycles. I spent most of my time on his ha’penny farthing (a small version of the big-wheeled penny farthing), and even barked a bit as I rolled around. State Rep. Mark Leno stopped by. So did Ross Mirikami from the SF Board of Supervisors. Press was there. Dance Brigade performed. Jonathan and Zach got to be part of the bike-powered speaking and performing on the garden’s stage. Acitivists were there. The Victory Garden organizers were there. Sunshine was there! Felt good to put the carny hat on and jump back into the Sustainable Living Roadshow. Next stop…. Denver! 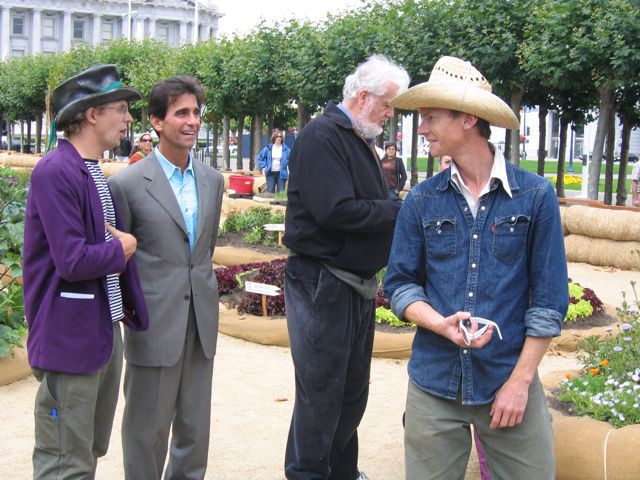 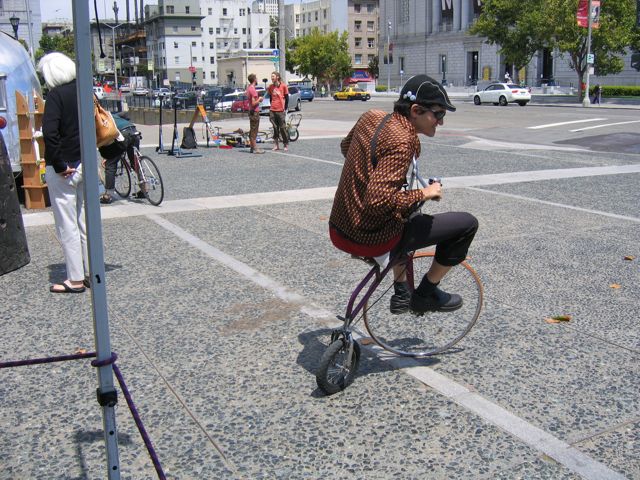 I couldn’t get enough of the ha’penny farthing whymcycle. 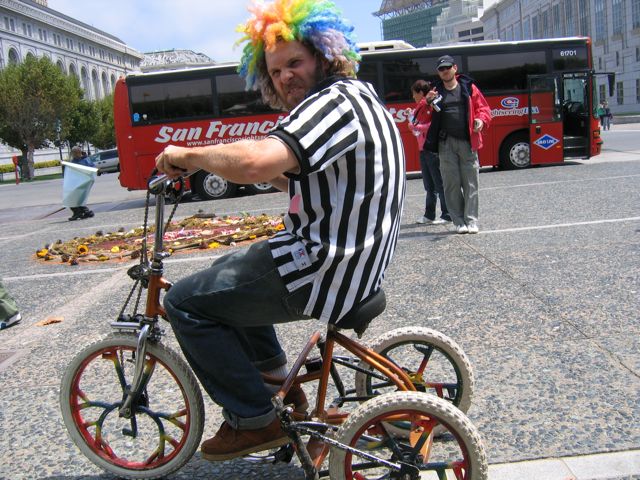 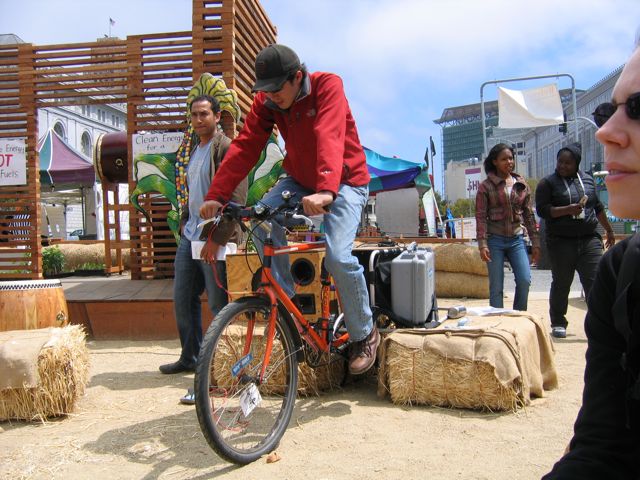 If the bike stopped getting pedaled, the PA went out! Bike-powered sound for real.