A few more non-stencil pics to share before hopping the pond. Have been experiencing external and internal dialogs about the ease of sharing information on the Netz here in the Euro-Zone so haven’t been feeling like blogging about my experiences here per se. Still trying to think of a way to work out the complex ironies that’ve arisen as a result of being sucked into FaceBook land and whatnot. As Podinski says over on XLt…. more data streams on this TBD….. 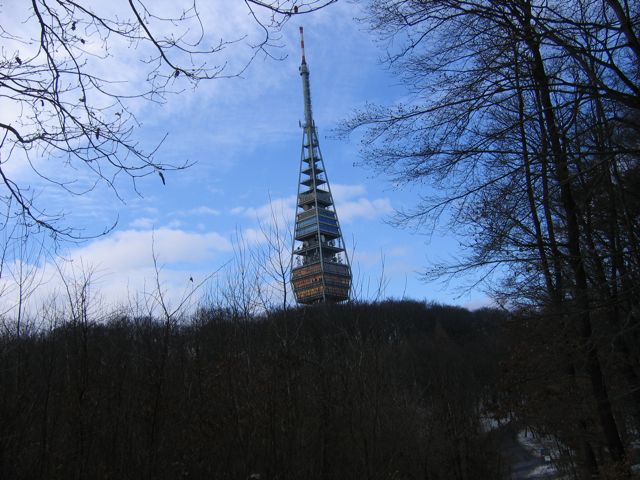 911! An alien has landed in the outskirts of Bratislava, Slovakia and is sucking the forest into its energy-converter box. No, wait. That’s just a Soviet-era radio tower, like the ones found allover the East. 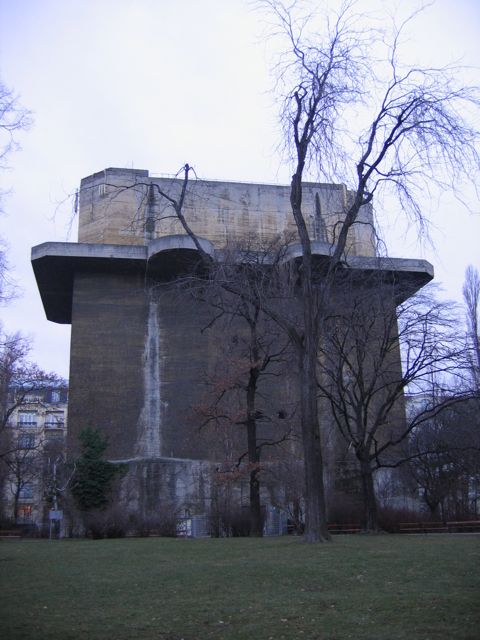 Many WWII-era Nazi bunkers still exist across Austria and Germany. Saw a few in Hamburg, but then saw a huge one in Vienna. A local told Pod and I where some others were, so we visited this one (empty and impossible to destroy) next to its sister bunker, which is an arts facility. 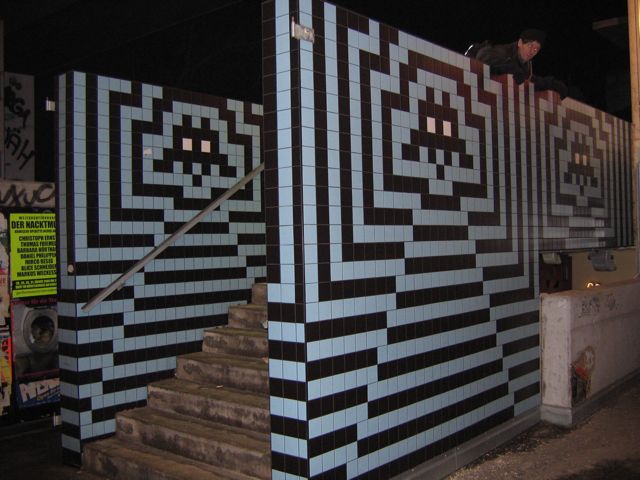 911! Invaders have landed in Vienna behind the MuseumsQuartier and are preparing to destroy the planet. No, wait. That’s just some killer tile work by the artist Invader. When is the REAL invastion gonna start? 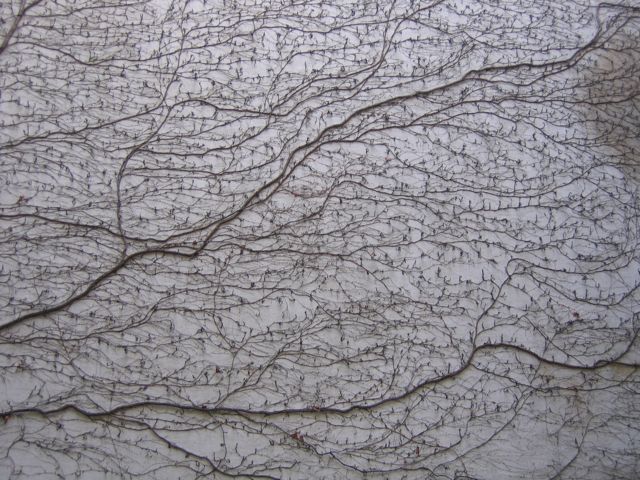 Pod’s friend Steffan has a studio and apartment back in a courtyard. Quiet as a bunker. There’s an amazing plant growing up the courtyard walls, without leaves for the winter, and very photogenic. 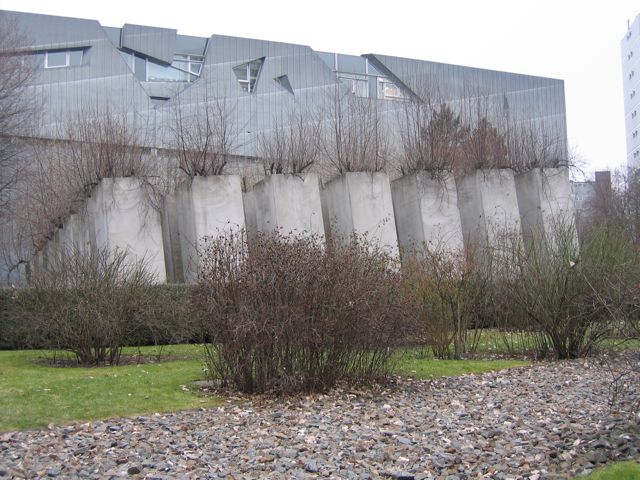 No building has stirred me more than the Jewish Museum’s Libeskind Building. I refused to walk down the tourist path to the entrance, so approaced the building from the Garden of Exiles (above photo) instead. Dramatic exterior, entrance, underground ritualistic paths, and upper rooms. If you visit this building, you must see every room to get a feel of its character. It is a living work of art, with parts that literally took my breath away.