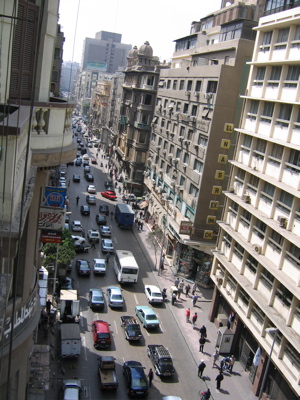 The craziness of Talaat Harb Street, outside the Hotel Luna. Honking, noise, yelling, etc. 24/7. For those who know the book (and the movie), the Yacoubian Building was located at 34 Talaat Harb St. 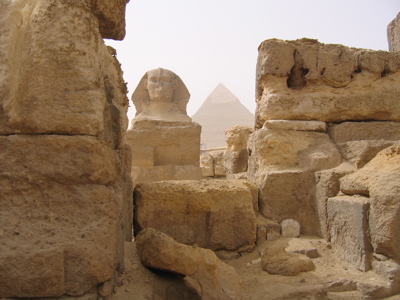 Like an old friend, the Great Sphinx eternally sits and erodes along the Giza Plateau. The Pyramid of Khafre in the background. Fenced off from those who aren’t willing to climb to it, the Sphinx seemed smaller than I thought. It still holds power, majesty, and that unmistakable buzz of ancient history. The haze in the sky is compliments of over 2 million cars and 20 million people in Cairo! 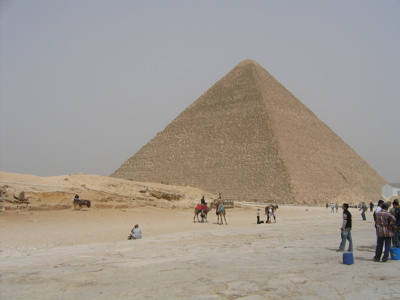 The Pyramid of Khufu, aka the Great Pyramid. For a fee, you can go inside, walk up one of the angled inclines, see the amazing seams of the ancient blocks of stone, and go into an empty chamber and stand under huge granite blocks that support the weight of the upper part of the structure. Amazing! 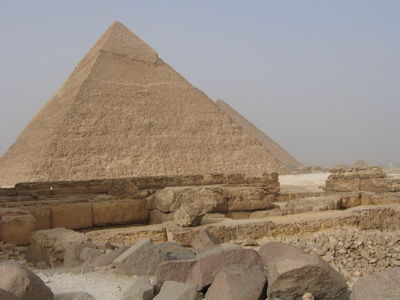 The Pyramid of Khafre, which you can also go inside. The architects of this one didn’t build a ventilated shaft, so the inside is steamy and warm (and smells like pee). Still amazing! Khufu is in the background. 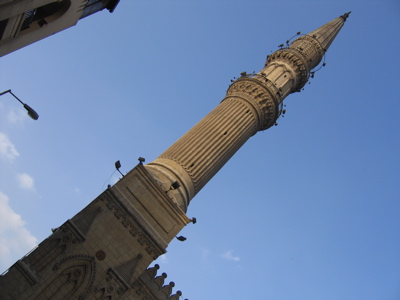 The El-Hussein Mosque in Old Cairo. Home of the head of the Prophet’s grandson, who was killed in Iraq in 680 A.D. Or so they say. The relic is extremely sacred to Islam, so no tourists allowed in this place of worship.